OK so this is the last day to post for Food-O-Grafie #4, an event from Zorra. It's about photo-software this month and well I have nothing to say really on the subject.

I don't have any special software like photoshop, Corel or whatever they are called on my computer. I do want to, but just to use to make things like etikets or badges, you know like collages to have some fun. I'm not really into changing pictures that much. They should be shot right and if sometimes that can't be (for whatever reasons), so be it. It doesn't all have to be perfect.

It's a bit like the teeth of the next generation, they all look the same, they all had costly treatments, wore braces and have a perfect smile. It looks good, it really does... and my kids will probably go that same way.. but I sometimes hesitate about these things, that all has to be so perfect looking in this world. Is it still real? I love the personal touch, your own handwriting so to speak in whatever you do.

Before some get upset, please don't feel personally offended, it's just what I think, and let's face it, who am I right?! It is what I want for my pictures, it suits me, it doesn't bother me with other people's photo's, well not most tof the time anyway. Btw I also applaud that we use the technics that has been developed, we don't want to get stuck in time right, so it's not that I'm against using it! I realise it's a thin like between yes and no here, it's more of a gutfeeling I guess.

Anyway it seems I have a lot to say suddenly. Let's shut up and look at the facts. What do I do with my pictures:

And that's about it I guess. To conclude a recent picture, just downsized and the ©-line at the bottom. 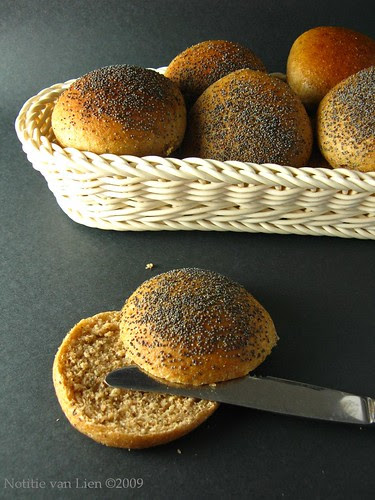 These are fine lines Lien and I'm with you this is never going to be a perfect world, go with it. I'm also thinking that sometimes there is tremendous beauty in the imperfect.

Interesting thoughts, Lien. Is there room in the "perfect" world for what's real?

Your rolls look delicious, by the way. I would like a big pat of butter on one, please.

I'm with you about not all has to be perfect, BUT I like to botox my not so good pictures, event if it doesn't work all the time. ;-)

The speltrolls look gorgeous and the photo is just perfect. ;-)

I am just like you, I only reduce, crop and resize. Truth be told, I don't know how to do anything else. Thank you for letting me know that you can write on the pics in Paint, I will try that.

I'm with you on the "nothing to say" theme (terribly neglecting blog, friends...) although it turns out you do have something to say and I love to read it. It gives me a quick fix into the I'm not alone in this part!

I'm with you here. There's a lot of innate beauty on the imperfect and we just need to be able to see it.
As for "doctoring" pictures I don't know how, except for the basic cropping and slight light adjustments for which I use mt camera software.
I didn't know about downsizing with Microsoft or using Paint for the text, so thanks for those pointers.